Can we build resilience without adversity? 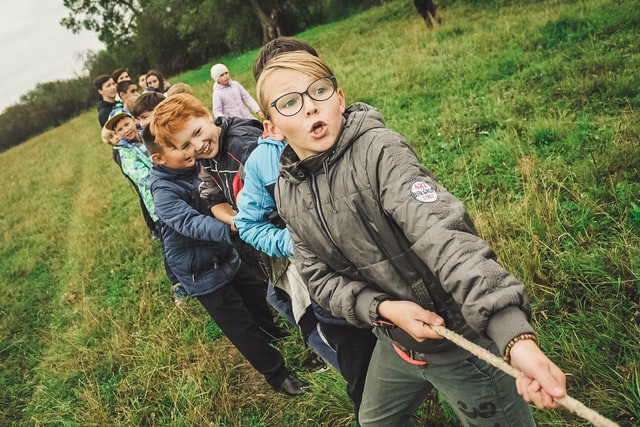 As of 5 October 2021, Melbourne (Australia) will officially be the city that's endured the world's longest lockdown. This hasn't been easy for many folks; livelihoods are severely disrupted, social norms have been inextricably altered, and the impact on our collective mental health - especially those of children - will be felt for years to come. I think it's fair to say that this has been a tremendous test of resilience.

It's on the notion of resilience that I've been reflecting on recently. It's a term that's bandied about quite a bit these days, with the idea of 'building resilience' or 'becoming antifragile' becoming essential traits to cultivate as we navigate an uncertain environment.

But what I've been wondering is this: Can we build resilience without resistance?

What's the definition of 'resilience' or 'antifragile'?

As always, I like to start with definitions. In my research, I found that resilience as a 'thing' was first introduced as a technical term in the 1970s by ecologist C.S. Holling to describe "a measure of the persistence of systems and their ability to absorb change and disturbance". In the early 2000s, it then crossed some sort of social threshold, evolving into a more contemporary 'buzzword' that manifested in volumes of self help books and corporate workshops.

In 2012, mathematician, philosopher and author Nassim Taleb took the notion one step further by introducing 'antifragility'. He defines resilience as withstanding difficult events to stay the same, and argues that antifragility is the capacity of a system to grow and get better as a result of those events.

Irrespective of any definition you choose, what I'm most struck by is this observation: The precursor to building resilience or becoming antifragile requires some form of adversity or resistance.

So what do I mean by that?

Can we build resilience without overcoming adversity?

I think this is an interesting question to reflect on, because to me I see it playing out in several different arenas.

Thinking about children for example, we know that a big part of building a healthy immune system involves exposure to some form of germs. Contemporary research seems to indicate that this isn't just about throwing kids in the mud (good hygiene is still important) but allergies are actually increased by exposure to cleaning products rather than the removal of germs.

Given the environment we're in, it's worth pointing out that vaccines frequently operate in a similar way. For example, the flu vaccine introduces small amounts of an inactivated flu virus to trigger the body's natural immune system.

Moving more into a mental space, we also know that over-protection and over-indulgence of children can lead to learned helplessness and dependency. That never letting children fail can actually contribute to greater levels of anxiety later in life, of poor coping mechanisms, and a reluctance to take on new challenges.

As adults, think to the most recent story from someone you consider incredibly resilient. What was it about that story that engrossed you? I'm willing to bet that it's the story of how they overcame adversity, because I argue that the resilient person they've become is a result of their experience. Or to put it conversely, would we be just as engrossed by someone who's never experienced adversity, but has read all the books and attended all the resilience workshops?

And if we turn the spotlight on ourselves and think back to times where we've felt a sense of achievement or substantial growth, how much of that is because of what we learned through adversity? How much of our personal experience is formed from learning through failure or resistance? Versus how much is what we read in a book or listened to on a podcast?

Now that's not to say we can't enhance our resilience preparedness by learning from others, but coming back to my original question: "Can you build resilience without adversity?" I believe without adversity or resistance, we're only building 'theoretical' resilience. It only becomes real when then pressure is applied.

Should we be immersing ourselves in adversity?

Well it depends. I believe there is a spectrum of adversity that will be appropriate to each of us. For example, we don't all need to go to war to build up our resilience, nor does everyone who return from war become resilient by default. Much of it depends on the individual, the experiences they've had, and how they adapt to the situation. This is where the focus on building practices of resilience can be useful to prepare us for different situations.

But conversely, I think it's equally as important that we don't seek to remove resistance or adversity in our goal of building resilience.

The reason I'm arguing this is because in my observation of contemporary culture - from 'helicopter parenting', to corporate culture, and to public discourse - what I feel I sometimes observe is a conflation of the two. On the one hand, we're encouraging people to build resilience, yet on the other, we're also removing sources of resistance, conflict, and adversity, the very things that truly build resilience.

In the sphere of protecting children, there are plenty of examples where the demand for children to be safe can manifest in the removal of anything that can be perceived as threatening or causing pain.

In the sphere of corporate environments, the need to build resilience in staff can sometimes be countered by the removal of any critique or opinions that may cause discomfort or offence.

In public discourse, it seems to be increasingly common for people to avoid what is commonly referred to as 'hurtful' language. Many would rather not say anything at all than allow themselves to say something that could be considered insensitive or 'problematic'.

I appreciate that there is a gray zone of where do we draw the line between what is destructive adversity (say going to war or workplace bullying) vs constructive adversity, however my argument is that if we want to build resilience, we should also seek to embrace adversity. It means giving people the tools on building personal resilience, whilst not trying to remove anything that can cause discomfort. It means embracing and accepting conflict as a part of growth.

I've frequently said to my peers: "I appreciate having a bit of fear in my life." For me, if there's no pressure, then technically I'm within my comfort zone and I'm not progressing. But this isn't a lifelong philosophy; it's something I came to understand and embrace only within the past couple of years.

I'm not saying that all adversity is appropriate for everyone (for example, I don't wish a year-long lockdown on anyone in the world) but conversely, I do think that resilience is built as an outcome of overcoming adversity.

Yes, we can definitely learn skills or methodologies that increase our resilience to prepare us for unexpected changes, but at some point, I think it's just as important to seek out and embrace adversity in order to grow.

Over to you. Do you agree that we can build resilience without adversity? Drop me an email: connect@scottko.com.