Up to now, I've looked at clarifying the different definitions of being 'purpose-driven', trends and barriers, and the nuances of demonstrating purpose. However, there is one additional assumption that I wanted to challenge throughout my interviews: Is being 'purpose-driven' inherently a 'good thing'? Is all purpose created equal?

We know that there are some 'purposes' that are seen as 'sexy' (read: marketable) because they can present imagery and stories that tug on heartstrings and emotions. But equally, there is important work done by other purpose-driven organisations that struggle to get meaningful traction because their impact is less visible.

In this way, it’s not unlike talking about invisible vs visible illnesses, with the latter always attracting more sympathy because it's more easily recognised.

Thus in keeping with the theme of this entire research series, in this chapter I want to play devil’s advocate on the notion of being ‘purpose-driven’, especially because the more purpose-driven businesses we see, the more it’s important to be aware of the spectrum of different businesses driving purpose in different ways.

And given that this chapter is about going against the grain, I’ll also include several other perspectives from respondents that didn’t fit anywhere else in my research, but I thought were really intriguing and worthy of future investigation.

To get the ball rolling on the question of worthy or unworthy purpose, I asked my interviewees the following question: "Imagine a hypothetical founder who is an incredible cyber security expert but is incredibly passionate about animal cruelty. But instead of starting a shelter, they decide to start a cyber security firm that generates profits, most of which is directed to various animal cruelty causes. Is this a purpose-driven business?"

The responses were split almost equally. About half the people I spoke to agree this was a purpose-driven business, an equal number disagreed, and there were a small handful who were unsure.

Those who agreed thought it was a great example of a clever business model that re-distributed profit towards an area of support and need, like a corporate 'Robin Hood' of sorts. They also thought it should be commended that the founder leverage their expertise on something they're good at in order to redirect funds to experts in the field of animal cruelty prevention, which reminds me of some of the principles of 'Effective Altruism'.

One respondent thought that it was overall more effective as a strategy for creating impact, especially if the founder does not have a strong skillset in animal cruelty prevention. Thus, rather than do something inefficiently (even if it is in line with their passion), the founder’s overall impact can be significantly higher if they focused on leveraging their skills to the maximum.

This line of thinking is similar to the issues behind volunteer tourism, where people (especially from wealthier countries) travel to developing nations explicitly to volunteer their time for a short period of time. Whilst the tourists get to feel good, there’s evidence that they could have created significantly more impact simply by donating money and letting experts manage the impact.

There were some provisions: To demonstrate integrity, this founder would need to continue this form of profit re-distribution even if there was no marketing around it, all the people who work for the business should share an alignment with that purpose, and there should be transparency around where the profits go and why.

Those who disagreed felt that the area of purpose did not have sufficient proximity to the service, meaning that the purpose to prevent animal cruelty may not be sufficient drive for the business' to deliver high quality cyber security for their clients. In this situation, the business would still be fundamentally driven by profits, except that the founder has chosen to donate their money elsewhere.

Some felt that the distance between the founder’s purpose and the service provided was such that any communication of the purpose could be seen as a publicity stunt. Several others pointed out that this structure is not dissimilar to CSR, again because of the disconnection.

Using the Gates Foundation as an example, Microsoft isn't driven by the purpose of the Foundation; Microsoft is still driven by providing great technology, platforms, and user experiences to customers in order to generate profit.

None of this is to say that respondents did not approve of what this hypothetical business was doing, they simply would not define this as a ‘purpose-driven business’.

Do all businesses deserve to be seen as purpose-driven?

Irrespective of where people stood on their views of the cyber security firm, I felt this was an interesting example to work through because for me it raised the question whether some businesses or industries could be less 'worthy' of purpose or creating social impact.

For example, mining businesses are frequently in the cross hairs as businesses seen to have a negative impact on the planet. BHP Billiton - an Australian mining company - has this as their purpose: Our purpose is to bring people and resources together to build a better world. One potential demonstration of this dates back to 1998, in which BHP set up a mining operation in Mozambique. Understanding that there were major malaria plagues in the region, it provided its staff with free mosquito nets, medicine, and insecticide spray.

Within the first 2 years however, there were still 6,000 cases per year and 13 deaths. Not satisfied with the numbers, BHP joined and part funded the Lubombo Spatial Development Initiative alongside South Africa, Mozambique, and Swaziland. Over the course of 3 years, they reduced the rate of children carrying the malaria parasite by 76%, and almost eradicated malaria in other parts of South Africa.

On the one hand, you can argue that they were doing this philanthropic work 'selfishly' because fewer sick workers meant higher productivity in the mines. But on the other hand, the initiative appeared to save lives beyond those who worked in just the mines, helped contribute to the health and wellbeing of families in those countries, and provided gainful employment.

Or as another example of a business model not unlike our hypothetical cyber security firm; one of the largest private charity donors I came across is from Europe is technically in the gambling industry.

Postcode Lottery is an operation set up specifically to leverage the lottery system as a way of generating revenue, from which 32% of all money is committed to various charities around the world. Since inception in 1989, the organisers claim to have raised over €8.6 billion for charities.

To be clear, these case studies I cite aren’t endorsements in any direction, however they demonstrate grey areas that can exist in terms of being ‘purpose-driven’.

In the eyes of the beholder

At this point, I am reminded of the subset of interviewees in Chapter 1 who responded: “It depends on what values you bring to the table” to the original question: “What does purpose-driven mean to you?”

When I discussed these challenges with respondents, several interesting observations were raised.

‍
Some respondents wondered whether personal habits tend to be so deeply ingrained that it always takes major upheaval to encourage genuine change. For example, in Australian supermarkets, reusable shopping bags have been available for several years, but it wasn't until the direct intervention of supermarkets in the banning of plastic bags in 2018 (to much customer chagrin) before consumer behaviour genuinely changed. In this situation, the supermarkets needed to demonstrate courage to stand up against consumer backlash.

As a side note, the inventor of the plastic bag apparently introduced it to reduce paper waste, and that he had always envisaged it to be multi-use.

Could the pandemic be the major upheaval that encourages people to change consumption behaviours? Not necessarily. As one respondent pointed out, people have ended up turning to comfort food and watching re-runs of their favourite shows; in other words, the pandemic did not unleash a wave of groundbreaking creativity and productivity.

These observations simply highlight to me the fact that while individuals may aim to be better, we can often be inconsistent, contradictory, and unsuccessful in our own purposes. Given these same individuals are also employees, leaders, and stakeholders, it makes me think about the expectations that we set for each other.

At least half of the respondents in my interviews felt that people had become too unforgiving and prone to judgement, both of each other and businesses. That there's a tendency towards being critical or a willingness to 'take people down' instead of lauding success or being constructive in feedback.

Ironically, I think this type of environment only encourages more performative rhetoric as it signals to businesses that certain messages (especially moral ones) will more likely be supported. For example, research shows that each message with a moral or emotional word in it increases the likelihood of that message be shared onwards by 20%.

In short, I believe that we as the community, as audience members, and as customers all play a vital role in supporting broader systemic change. While we do need to be vigilant in keeping organisations and leaders accountable, it’s just as important for us to be more responsible for our own actions, to be realistic in our expectations, and to demonstrate empathy where it’s deserved.

Some outstanding questions for another day

And finally, I wanted to leave a small space for intriguing observations and questions from respondents that I didn't have the capacity to look further into, but I felt important to acknowledge as topics for future investigation:

I don’t have answers for any of these (yet) but they’ll be on my list of research in future articles.

In this chapter, we went deep into the devil’s advocacy side of purpose to check our blind spots when it comes to purpose. As we move into the penultimate chapter, I will start looking to the future, and to what it is that we can do to become more ‘purpose-driven’. 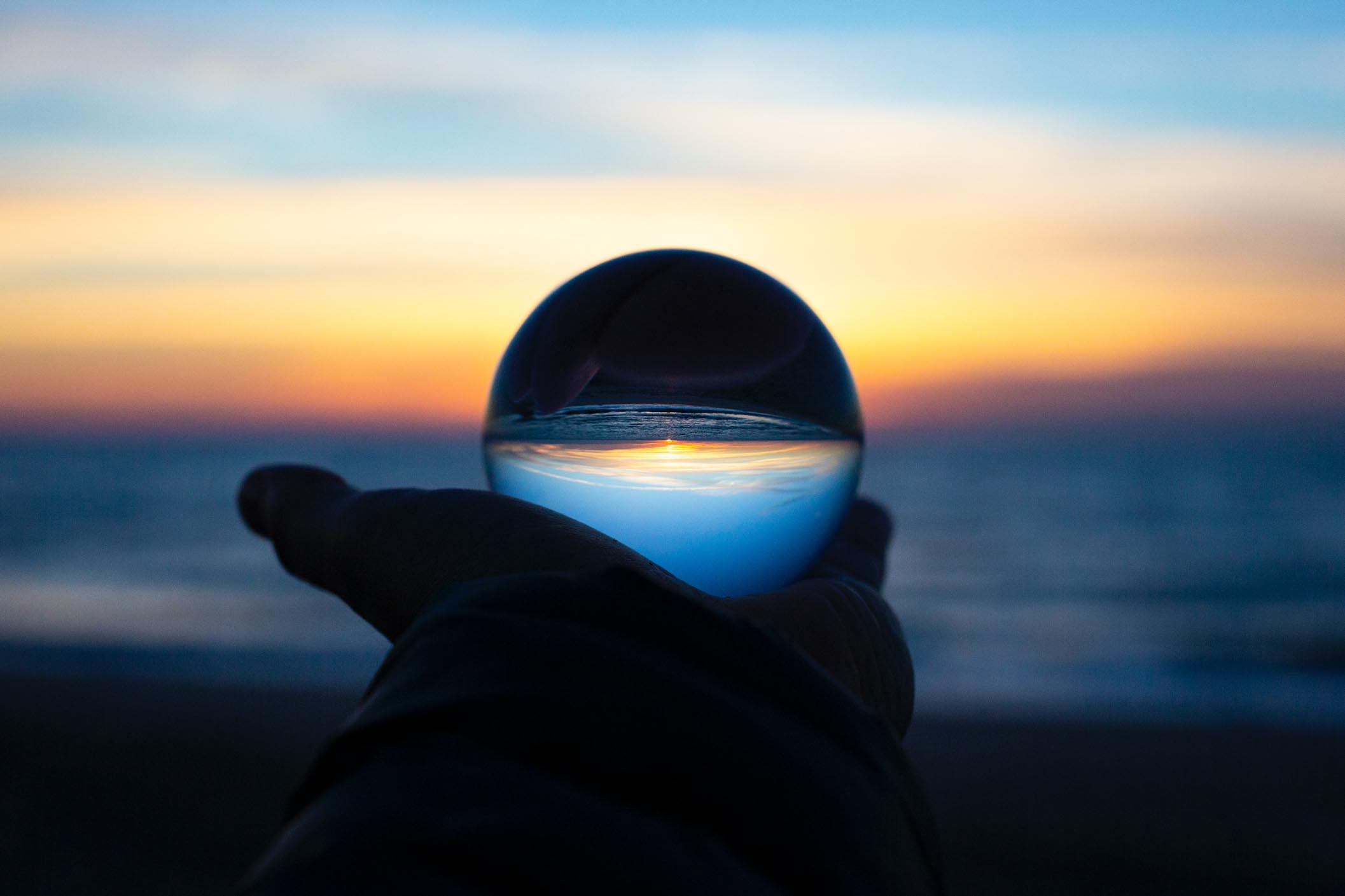