Ko Lab #4 - An award nomination for ColourSpace, 'proximity to intent', and Heroes 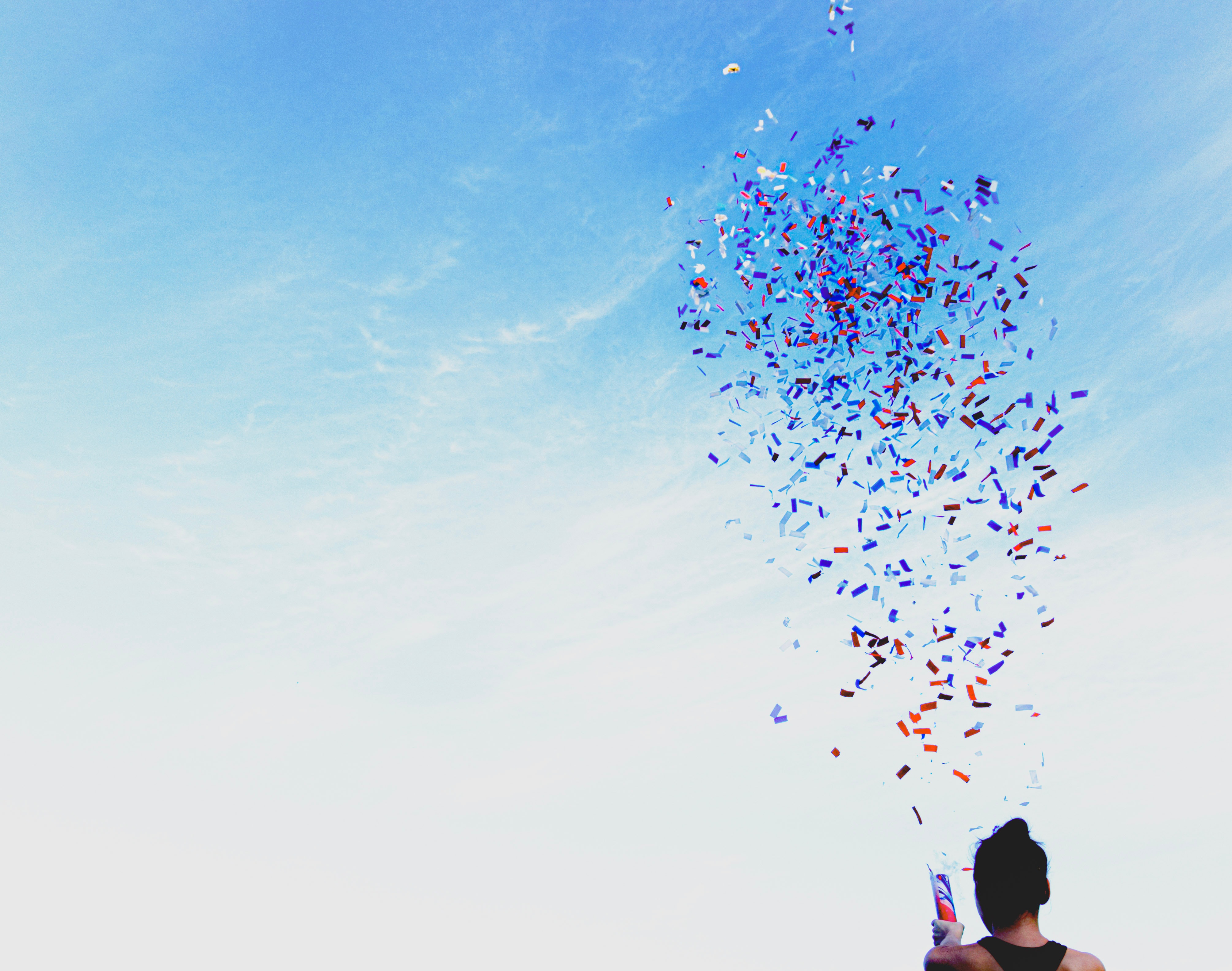 It's now been four weeks of being a CEO and I feel like I've started to settle in a bit. What's perhaps surprised me the most is that I don't honestly feel all that different. I'm leaning quite heavily into 'just being me' – by which I mean I'm engaging with people how I would do so naturally and I approach decisions the same way as I would any decision (i.e. with copious amounts of questions) – and it seems to be working out. I even had a team member say to me encouragingly: "Be the CEO you want to be."

The thing that's been most 'new' to me would be learning about the dynamics of working with a Board, which has meant my 'field of vision' has expanded somewhat.

In this fortnight's Ko Lab, I'll cover an exciting honour for ColourSpace, the notion of 'proximity to intent', and reflections on Stephen Fry's excellent audiobook 'Heroes'.

ColourSpace has been announced as a finalist in 2021's Ethical Enterprise Awards, hosted by Moral Fairgrounds. First and foremost, it's a great honour, and when I look at the other finalists, I feel quite humbled by the company that ColourSpace is in. I'm extremely grateful to our community, our artists, our supporters, and our clients.

However, I also have to admit that when we were first contacted about our nomination, I didn't accept straight it away. My biggest concern was around how it might be perceived, to be the CEO of a well-established institution, whilst also accepting a nomination for a completely different business.

Firstly, I will clarify that everyone I work with fully understands that I'm doing both roles, and I've been openly transparent about what I'm doing on both. I even actively share experiences across both organisations so that both can gain from the cross-pollination of lessons learned.

I also appreciate that much of this discordance lies in my own head, that I should be true to myself and not be beholden to other people's expectations. However, I'm also keenly aware that I don't always get to control that narrative, especially when I'm also ostensibly the public face of two organisations.

If you're reading this newsletter, if you know me personally, then you may understand to some degree the deeper connecting tissue between Leadership Victoria, ColourSpace, and Curiosity Journals that is congruent with my broader world views and my 'true north'. But for those who don't, their only exposure to me is through the sporadic, algorithmically influenced lens of LinkedIn which is at best surface level and frequently bereft of context.

Of course, what I'm describing is the greatest tragedy of our current information landscape. My initial thought process was to 'lean in' to my authenticity, disregard what other people think, and exclaim that people should be more curious and open-minded.

But on deeper reflection, I don't know if that's good enough because I know that we're in a world where people act on limited information and can be quick to judge with significant implications, and I have to own the responsibilities to those I work with.

So I used my morning jogs to reflect on this, and what's bubbled up to the surface is a concept I'll loosely coin as 'proximity to intent'. So it's time for some theory crafting folks (the 'Lab' part of Ko Labs)!

My thought process is this: If I both understand what someone says (the subject matter), and how they like to say it (their style of communication), then I have close proximity to their intentions. I understand what they mean, not just what they say. I can read between the lines, I'm willing to forgive clumsy use of language, I trust what they say, and I'm willing to accept their narrative, though I don't necessarily have to agree with it.

If I don't know what someone's talking about, and I don't understand how they like to express themselves, then I am quite distant to their intentions. It can be a lot easier to misconstrue their intent, I might nitpick at the things they say, and worst of all, I might override their narrative with mine.

Here's a 2x2 I literally just drew up to try and articulate this (by literally, I mean I distracted myself halfway through this newsletter to sketch this down. Welcome to my brain!):

What I find interesting about this model is that it makes me think about how I interpret what people say, before I make any sort of judgment. Do I understand what they're talking about? Do I understand how they like to express themselves?

As a simple exercise, think of someone you know (doesn't have to be personally) who you feel close in proximity to their intentions, and think of someone you don't know, such as the CEO of your banking institution. Now imagine these two people both said on LinkedIn: "Men and women are different." What would go through your head? How would you feel?

To wrap up this segment, I want to come back to ColourSpace's nomination, which I ultimately did accept - with thanks to those who were close to me - but I think this exercise was useful nonetheless. It makes me recognise that just because a good number of people don't have close proximity to me doesn't mean I ignore them; instead, I should be thinking about how I can create ways for them to get closer to understanding my intentions.

The (Greek) Hero's Journey (as narrated by Stephen Fry)

I just finished listening to Heroes, narrated by the ever-delightful Stephen Fry, in which he tells the myths of Heracles, Atalanta, Jason, and many others.

When I was younger, the 12 Labours of Heracles (aka Hercules) was a great journey of the imagination. I pictured Heracles as he fought the Nemean Lion, slayed the Lernaean Hydra, and captured Cerberus from Hades.

As I'm older, I've come to think of myths somewhat differently and the morals they try to impart. What struck me in the retelling of the 12 Labours was the portrait of a man who - after a tragic accident - was forced to serve penance through labour. Throughout these challenges, we see Heracles employ tools of not just strength, but also lateral thinking, innovation, friendship, luck, and sometimes a need to work 'with the enemy' in order to overcome his trials.

I wonder what the impact these stories had on the people at the time. Did people critically discuss these myths in terms of lessons learned? Were there communities of young people who gathered around to critically discuss Heracles and how he demonstrated creative thinking when he cleaned the Augean Stables?

What also tickled me was the story of Jason and the Argonauts, whose crew included Heracles, Atalanta, and Orpheus (the musician). By this point in the book, Stephen Fry had already told the individual stories of many of these heroes, so it was fun to listen to everyone coming together like some sort of 'Greek Avengers' in the question for the Golden Fleece.

Did it create a stir in the community at the time? Were there stone posters hyping up some sort of: "Never before seen! All your heroes are joining for one incredible quest!" Were there roaming fan groups of 'Team Heracles' and 'Team Argus'? Were there trading cards? Were there cosplayers?