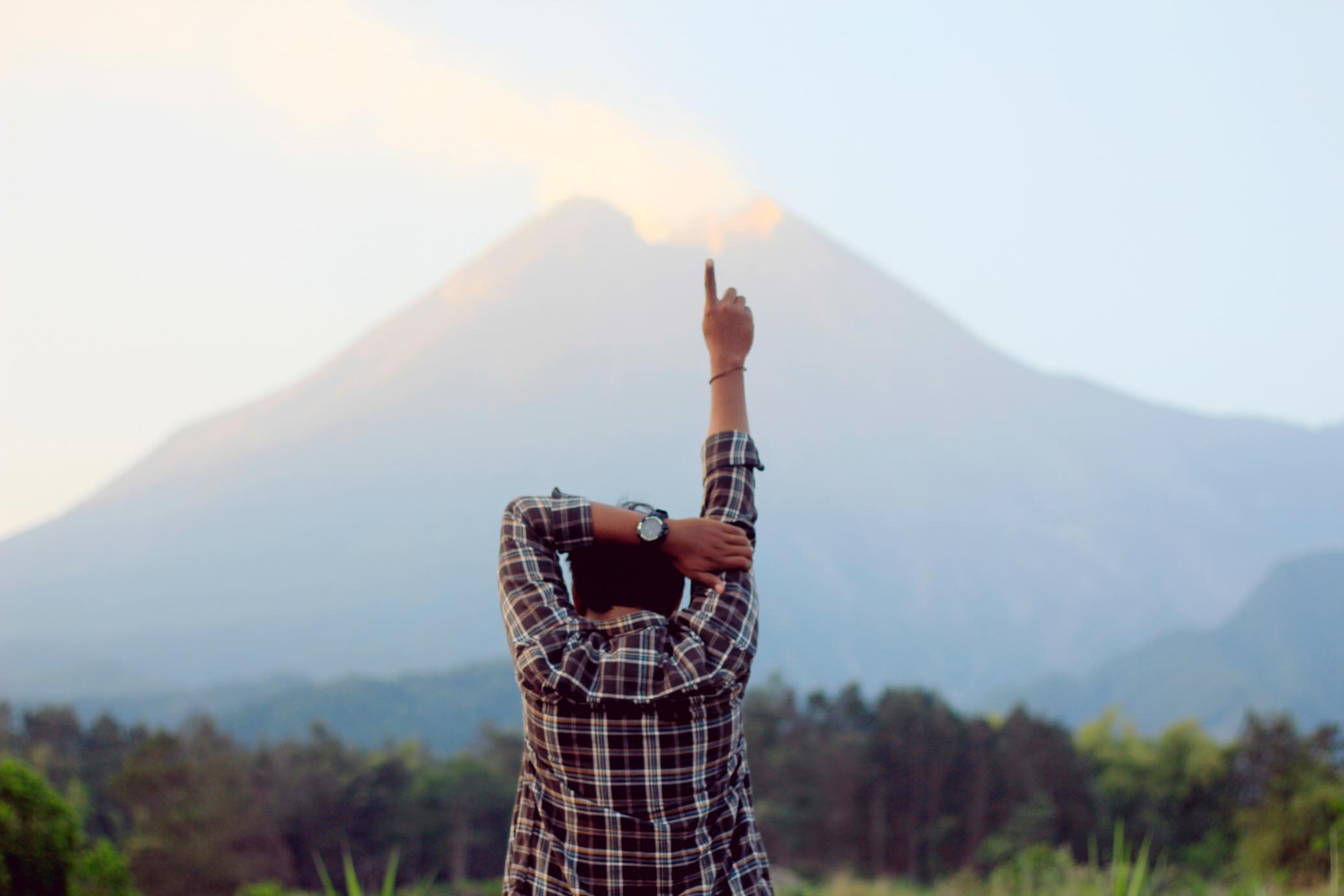 I started this research project with a pretty basic set of questions: "What does it mean to be 'purpose-driven'? And are we becoming more or less conscious as consumers and 'purpose-driven' in our decisions? Do we even share the same definition of that?"

The reason I set out to tackle these questions is because we are - frankly - in 'the new normal'. Covid has given all of us an opportunity to to slow down, to consider what it is we do, and think about how we want to build into the future. However, major systemic changes like this are complex, consisting of vast networks of individuals who are equally complex, who share different values, drivers, and interpretations of what it means to 'do good'.

It can often feel good to jump to solutions and to say: “This is what people need to do” but if there's anything I've learned in my years as a management consultant and running my own social enterprise startup, it's that the focus should always be on understanding what the problem is.

The more curious we can be, the more nuance and context we can understand, the better the solution we can design. As my very first question demonstrated, there isn’t a clearly shared definition for what ‘purpose’ means.

As such, I've left the (equally important) heavy lifting of big data and statistics to initiatives such as the Edelman Trust Barometer, and wanted to focus deeper on exploring what individuals think (rich data). I might not be a trained scientist, but I hope that I’ve been able to share the shades of grey that exist within the statistic of ‘76% of young people support purpose-driven organisations’.
So with that said, here's my biggest takeaways and reflections from my conversations.

Everyone has a different definition of being 'purpose-driven'

The other side of the coin is that there are many people who might be 'purpose-driven' in description, but may not actually use those words to describe themselves. They intuitively walk the walk, but they don’t know how to talk the talk.

Takeaway #1: Don’t assume that everyone shares the same definition of what feels like ought to be a simple concept, even if those people work in the same industries. It doesn’t take much time to check that others share a similar relationship to common concepts.

The worthiness of ‘purpose’ is in the eye of the beholder

However, despite dedicating an entire chapter to this topic, my takeaway goes in a somewhat different direction. Several respondents lamented the fact that there is an ongoing debate around what is a definitive assessment of purpose, and I’m inclined to agree. My interviews demonstrated multiple interpretations of ‘purpose’, which infers there must be as many interpretations of what constitutes ‘purpose-driven businesses’. Debating over which purpose is ‘true’ feels like devaluing what may be important to others. Furthermore, the debate around whether cause marketing is performative or not can add another layer of complexity to this debate, especially if some businesses aren’t able to articulate their purpose as well as others.

Instead, I want to draw a circle between this debate of worthy and unworthiness and the concept of integrity. In other words, what I feel defines being purpose-driven is not what others think about what we do, it’s whether we are driven by purpose irrespective of what other people think, especially when no one is watching.

Takeaway #2: Everyone will have an opinion on ‘purpose’. But what’s more important is how we as individuals and businesses act with integrity.

Money (or business) is not the issue, it’s our relationship with it

The vast majority of respondents all spoke positively of the role of business in effecting change and creating social impact, especially in areas where governments are unable to or don't have the capability / capacity to intervene. This was especially true of respondents who have experienced life in developing nations.

I was somewhat surprised however at the number of people who all want to see businesses do well, believed that businesses should be able to make profit, to generate wealth, and that individuals shouldn't be deprived of having a good income if they earned it.

This is where I felt the concept of 'purpose' really started to come into the conversation. Focusing on purpose allows businesses an opportunity to move on from pure profits, and to exchange short-term returns for long-term gains both financially and socially.

The one perspective that stayed with me throughout my interviews was the concept of ‘enough’. That while business and profits can grow, there is a point at which extra profits can go towards other areas of impact.

Takeaway #3: Ask ourselves what is ‘enough’. When decisions are being made (especially business and financial ones), is it a decision that aims to maximise profits, or to maximise impact whilst still preserving profits?

That's not to let businesses off the hook either. Most respondents did also believe that many existing businesses - especially those with a profit-seeking mindset - contributed to any poor decisions that had negative societal impacts.

However, quite a few respondents I spoke to remarked on the need for people to better understand how 'the system' works. This means taking the time to learn and understand the mechanisms that contribute to underlying problems, in order to truly understand where change needs to happen.

This is where another major observation stood out to me throughout my interviews: Whenever respondents spoke of change, it was almost universally about a human change. Respondents didn’t talk much about changing tax thresholds or specific legislation or even all that much about technology; they spoke more of individuals. Leaders, shareholders, investors, employees, customers, all of these are people that collectively comprise the broader system we want to change.

Given individuals are complex beings, so too are systems complex. Saying that ‘businesses need to change’ takes away from the individual agency of people who act independently within the business, and who could collectively choose to be more purpose-driven.

Takeaway #4: Instead of considering organisations as a single systemic entity (i.e. ‘businesses’, ‘the Government’, ‘the media’) it can be more useful and effective to look at the people within that system first and what encourages people to change.

It's important to embrace 'constructive empathy'

Many of the conversations I had called for a move away from negativity and destructive critique in public spheres towards what I would like to refer to as 'constructive empathy'.

In this context, I’m referring to empathy less from an emotional point of view, and more towards being able to truly put ourselves in someone else’s shoes and consider their experiences and challenges. For example, this means understanding:

Constructive empathy thus refers to a willingness to contribute to the actions that support change, by working with people from a point of understanding, rather than against them.

Takeaway #5: Being negative helps no one. If we want to move into a ‘purpose-driven’ future, we must collectively create the space for this to happen. This means embracing an open willingness to work with everyone who wants to become more ‘purpose-driven’.

We are becoming 'purpose-driven', but it will take time

The vast majority of respondents I spoke to shared the overall sense that we are becoming more aware of the impact that our lives are having on society and on the planet, and that businesses and organisations are also changing as a result.

However I got the impression that no one was expecting this to be quick nor simple. Some people felt that it would be a new breed of businesses led by the younger generation who will truly be 'purpose-driven', whilst others were thinking two to three generations into the future given the slow moving nature of systemic change.

This was in part why several respondents didn't think there was actually anything specifically stopping us from becoming 'purpose-driven', that it really was just a matter of time. Those with a deeper understanding of marketing felt that we're at a stage where those who support a 'Purpose-driven' mindset were merely the Early Adopters, and that we are slowly moving towards the Early Majority phase.

I feel this is an important insight, as it means we need to be patient and be far longer term in our thinking and the types of change we can try to make.

Takeaway #6: As I pointed out above, complex systems comprise complex individuals, and changing people takes time. Let’s be patient, but diligent.

It's ultimately about individual responsibility

The final observation I want to reiterate was that at the end of all of my interviews, when I asked respondents if there’s anything else to add, almost all of them left a final message that it’s about individual responsibility. To be purpose-driven in our own lives and actions first.

This sentiment also extended to discussions around whether or not we needed more education and awareness. Everyone agreed that education is indeed useful, but it’s still the responsibility of individuals to read the labels, or to proactively research the businesses they want to support.

We thus ultimately have to look at our own lifestyles, how we consume, how we live, and vote with our wallets if we want to have a major impact on the broader ecosystem. Otherwise, individuals run the risk of being just as performative as businesses who purpose-wash.

So where do we start?

Somewhere. Anywhere. Pick a purpose, and focus on that. This is by far the most common response from those I spoke to as well. Instead of trying to focus on solving the world's biggest problems all at once, don't promise too much and instead focus on one area of impact, and doing that well.

Furthermore, don't be afraid of making mistakes, or having all values perfectly defined. The world is constantly changing and we can as well, as long as we do so consciously and with purpose.
In publishing and sharing this research with everyone, this has been my start. It's by no means perfect, but I hope that it has also helped everyone broaden our collective understanding of what it means to be driven by purpose, that it also gives everyone a cause for optimism and clarity on how we can create meaningful impact in the new world.

Where can you start? Hit me up. I’d be happy to share more of my research, whether that’s in presentation, in workshops, or as a discussion. I can also help you find your first step too.

I wanted to give a special shout out to all of the people who gave me some of their time. I've made new friends and connections, had incredibly mind-opening conversations, and broadened my understanding of the world.

I wanted to give a special acknowledgement to Brett Fisher, Giorgia Pelllizzari and Brett Solomano for being my sense-checkers and to Giorgia in particular for holding me accountable to producing this research piece.

With incredible thanks to all of the contributors to this research: