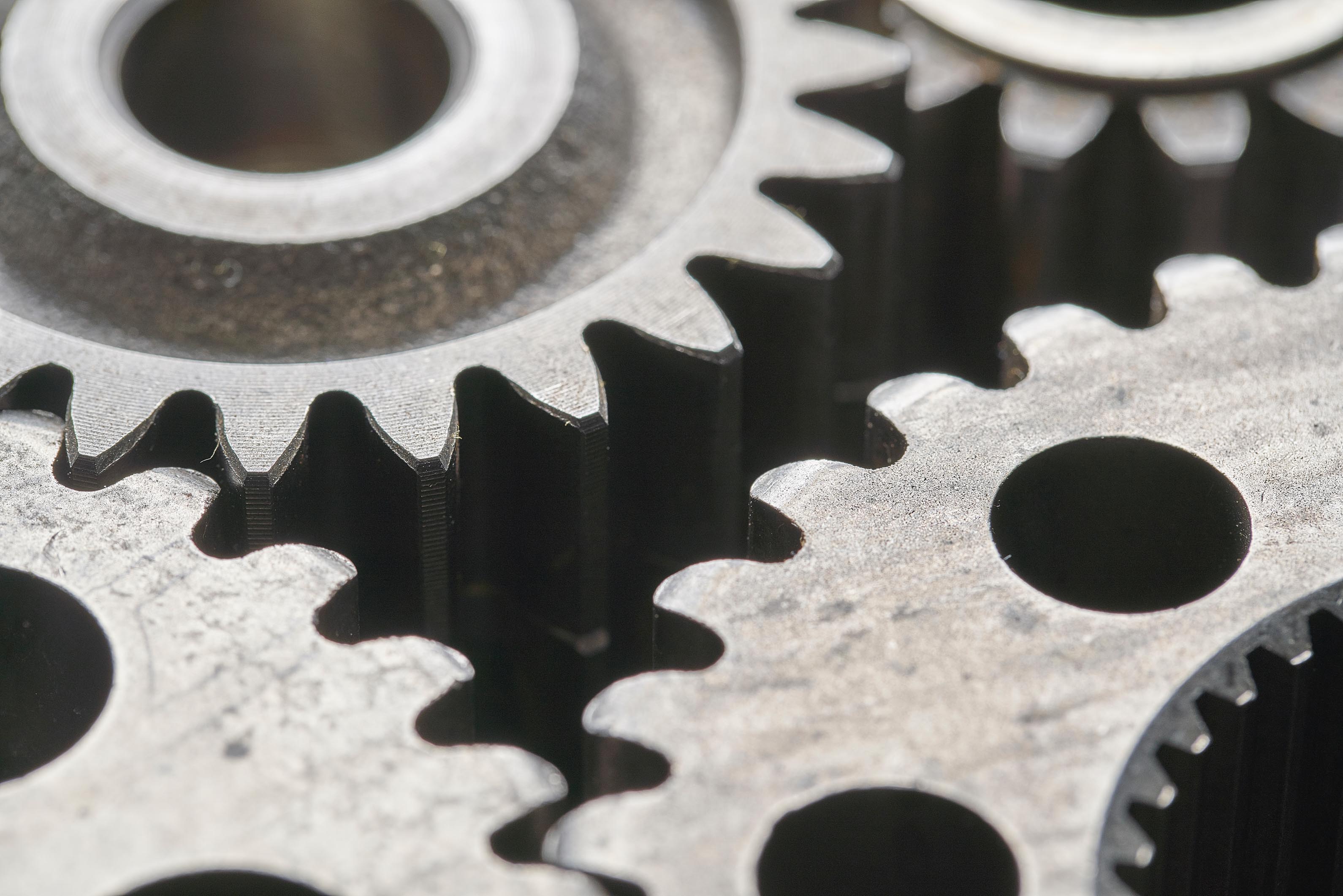 In this penultimate chapter, I start to draw my research together to look at what we can do to become ‘purpose-driven’.

As with all other chapters, there was a diverse range of responses on which stakeholders are responsible for what. However, before jumping into specifics, I want to take a step back to look at ‘the system’.

The reason is because the more people I spoke to, the more I came to appreciate that much of the change that people were asking for lay at the feet of individuals. This might seem like a really odd nuance to point out, but what I’m specifically referring to is the idea that while people might speak of how ‘business leadership needs to improve’ or ‘government needs to do better’, we are fundamentally talking about individuals within those organisations.

Within each organisation then exists a microcosm of values, cultures, norms, and behaviours relevant to that particular organisation. These will have formed under the influences of the industry they operate, the suppliers they work with, the customer communities they service (i.e. the values of their 'tribe'), and the country(s) they're in. All of these factors ultimately impact on the individuals who work in the organisation and inform their decision-making.

At a community level, we may share different values informed by our family and friends, our culture(s), the information we read, and even our lifestyle options. All of these impact our purchasing and decision-making process too. As one respondent pointed out, there’s a reason why discount supermarket chains like Aldi exist. Some lower income households simply may not be able to afford higher priced organic, sustainable, or free range products.

Thus at the end of my interviews, I came to the realisation that it’s important to look at systems as comprising complex individuals. Therefore long term systemic change is complex, because individuals are complex.

Now let’s talk about what individuals can do.

What can leaders do?

At least half of the respondents I spoke to pointed to leaders as the primary drivers and champions of change; that if an organisation wanted to be genuinely 'purpose-driven', it needs to start at the top.

Specifically, the emphasis was not for leaders to simply be able to articulate what their organisation’s purpose is (especially those who were brought in externally), but to be genuinely driven by purpose. This requires a high degree of self-awareness on behalf of the leader, as they need to align their personal purpose with that of their organisation. Once they have this alignment, they will then be able to genuinely consider how purpose is rolled out across the organisation.

When I probed interviewees on the specifics of what leaders can do, four areas of focus were identified:

Leaders shouldn't assume that every shareholder is only focused on short term profits, and that a level of courage is needed to articulate the longer term benefits of investing in people, purpose, and impact.

What can employees do?

Not everything has to come from senior leadership however. Some respondents pointed out that it is within the power of all employees to be a leader in their own right, and to also be 'purpose-driven'. Employees can consider what type of impact they can create within their own scope of influence.

Part of the challenge for employees and middle management is that what they're measured on is typically business and project related outcomes, as opposed to something that might be a bit more esoteric such as 'purpose'. However, one perspective that could be useful is to reflect on the definition of purpose that has underpinned this series: 'To deliver something that's greater than profit'. If we equate business / project-related outcomes to profit, then being 'purpose-driven' as an employee might simply be thinking about what else you can do that goes beyond what you're measured on.

Middle managers could equally adopt the four areas of focus listed for leaders above, to create the best environment for their team or to adopt practices that are more sustainable, irrespective of whether this is measured by the broader business.

Personal values upheld by the employees can also give rise to grass roots movements that can create bottom up change. This can be new initiatives introduced by employees, through to standing up against bad or unethical practices asked by employers.

What can shareholders and investors do?

Shareholders and investors often wield a strong influence on the profit-driven nature of many businesses, and was pointed out by several respondents as a major reason why businesses may find it difficult to change the way they work.

As I've described earlier in my research, genuine 'purpose-driven' businesses often create positive social impact through some form of cost, whether in time and/or money. From a purely financial perspective, this will require a 'sacrifice' to profit margins and dividend returns which some shareholders may not like.

Thus for shareholders and investors, one thing they can do is think about the purpose or impact they wish to create, and then consider what type of financial or social return they want to see. Would they be willing to accept a lower financial return, in exchange for a high social return?

The good news is this type of investment thinking already exists under the broader name of 'Impact Investing'. I had the opportunity to speak to several respondents who were investors and had experience in this space. It was incredible to see some of the ideas and social enterprises that impact investors were looking to back, however I also do get the impression that impact investing is still a relatively nascent space.

Much like different interpretations of social enterprise exist, I got the impression that there did not appear to be a strong consensus on what constitutes genuine impact investment, what is measured, the legal structures involved, and what returns are expected.

For investors who participate in larger investment funds (i.e. people who have superannuation / retirement funds), the same mindset can also apply. Whether your money is part of a fund or whether you're an individual day trader, it is about understanding where that money is being invested, and whether you would be willing to accept a lower financial return from certain investments if it meant a higher social or environmental return.

Some investors are able to use their investment holdings to pressure businesses into becoming more ethical or sustainable, a technique referred to as 'Shareholder Activism’. Furthermore, some funds (including super funds) offer ethical options in which your money is only invested in particular industries or businesses. Interestingly, these sustainable funds have attracted double digit growth in the past couple of years.

What can businesses do?

Despite espousing the importance of focusing on individuals, this section collates perspectives from respondents that specifically reflected on the impact of businesses as a collective structural entity.

Fundamentally, the majority of respondents who support the role of business in creating positive change acknowledge the power and influence that an organised group of people under a single banner (i.e. a brand) can have when compared to a single person working by themselves.

Externally, it's recognising that businesses can leverage their power to influence activities that achieve its purpose. Businesses can procure from suppliers who offer sustainable products and services or - where those practices don't exist - work with suppliers to improve the supply chain.

For businesses starting on their journey towards being ‘purpose-driven’, the following suggestions were raised by several respondents:

Internally, businesses have the capacity to create environments that enable people to find and contribute to purpose in their own way. However, as a couple of respondents pointed out, this isn’t simply asking staff to attend workshops about the company’s purpose. It requires the ability for businesses to ‘de-centralise their purpose’, and then to give staff time and capacity to figure out how they could contribute towards the business' purpose.

What can governments do?

A handful of respondents I spoke to who had a strong understanding of the role of government introduced interesting nuances to consider. They elaborated that first and foremost, it’s not appropriate to expect the government to 'solve everything'. The role of the traditional 'purpose-driven' organisations (i.e. charities and NFPs) is to address problems that the Government can't directly address (i.e. externalities).

That said, Governments can introduce legislation or policies to encourage social changes, or to take an active approach such as establishing procurement policies that directly support ‘purpose-driven’ industries.

One fascinating discussion I had on the role of government touched on the topic of 'cheap labour' of emerging countries, and the often weak labour laws that accompany those countries. International companies can sometimes exploit those weak labour laws for personal benefit (see Apple).

However the nuance we explored was how those weak labour laws are implemented and adopted. It would be unethical, for example, to force people to work 16 hours a day. However if people genuinely want to work 16 hours, the rates are competitive, and it was a freely made choice, then it should be within worker's rights to accept that job.

The role of government in this circumstance is to ensure that workers aren't being exploited against their will, whilst still enabling people to work the jobs they want.

What can individuals do?

I have covered quite a bit of what individuals can do in previous chapters, but it bears repeating (especially as it was also repeated by numerous respondents) that individuals need to be more responsible for their own actions.

It means understanding the roles that we play in ‘the system’. Though we may hold different roles as leaders and investors and employees and influencers, we are all consumers in some way.
‍

It means taking time to understand the system more fully, and taking the time to learn so that we can have robust conversations with each other.

It means being more empathetic towards others, recognising that everyone has different values, challenges, and passions, while still holding people and businesses accountable.

And finally, it means we must also walk the walk, and not talk the talk. If we want to support change, we must vote with our wallets and resources, as opposed to 'being seen' as talking about change.

In the next chapter - my last - I take a moment to reflect on my experience throughout this journey, the people I met, and what I learned.