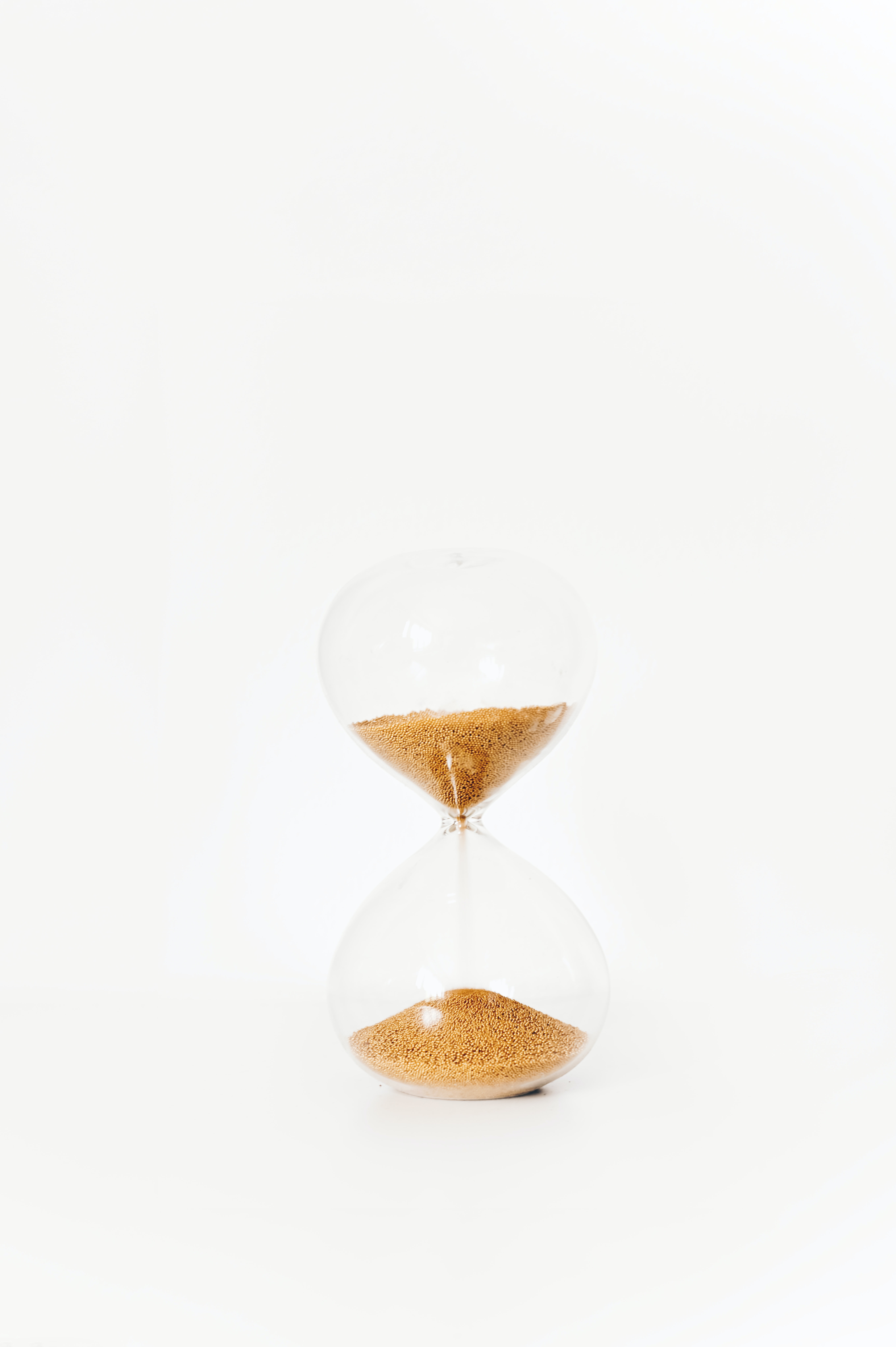 There goes January, hey? At this point, there's one of two things that I typically hear: "I don't know where the time went!" and "Xmas felt like it happened so long ago." For me, I have a strange sensation of feeling both – Xmas both feels like it was yesterday and months ago – but I don't know if I'm just being weird.

So if you'll permit me to get a little philosophical, let's have a chat about time!

I gave a talk recently at EY, reflecting on the lessons I learned on my zigzagging journey from when I started out as a consultant through to where I am today, and one of the big takeaways I tried to impart was the importance of owning the entire journey. In particular – as there was a segment on reframing failure – I tried to demonstrate that there are some lessons that only make sense across a multi-year spectrum.

For example, there have been many mistakes I've made in the past that have helped form who I am today. During those times though, the experience sucked. Like really sucked. Mistakes that were costly both financially and emotionally. Of course I learned from those mistakes, but here's the rub: I wouldn't be able to understand the depth of those lessons until many years later.

Now there's nothing particularly revolutionary about what I've said there; I think most people share the experience of looking back at our history and reflecting on lessons learned over time. The thought experiment I personally find interesting is what it means to look into the future using the same temporal lens. To read a book and go: "I won't understand this book for another 5 years."

Going back in time to look at the future

From a systems and behavioural change perspective, it can be even more important to look at change over time. In my last Ko Lab, I shared Kathy Richardson's views (ED of Our Community and SmartyGrants) that in the vast majority of cases in grant funding, no one is quite sure what the purpose and outcome are. I believe a big part of that is because looking at outcomes 3 to 5 years down the track is frankly hard.

Take for example the trophic cascade wolves of Yellowstone Park, in which the introduction of wolves in 1995 has dramatically changed the ecological sustainability of the park over a period of two decades. Their presence broke up the major herds of elks that congregated along the rivers, which caused massive amounts of ecological damage and erosion. Once the elks left, new flora started to grow, creating new habitats for new animals to come back.

In hindsight, it's easy to look at this example and pinpoint how everything can be traced back to the introduction of wolves (and this case study is often used as the basis for Theory of Change design). But imagine being the scientists in 1995? How much did they really realise the impact of what they were doing? Were they able to 'peer into the future'? Or did they simply chug a beer, act on a hypothesis, and YOLO kick the cage doors open?

Now if we take this idea into a business world, imagine I gave you a proposal that said: "I'd like to try and restructure your business in a way that will create genuine sustainable impact for your staff and your community. It'll cost you $2m, but you won't know whether or not it's worked for at least 10 years." Understandably, that can be a pretty hard proposal to swallow, even for me.

I'm by no means suggesting that we should accept every proposal that makes those types of promises, but what I am suggesting is that it can be useful to look at changes from a temporal perspective, especially when considering new ideas and change.

Bringing it back to the present

The reason I enjoy playing around with this lens so much is because at a personal level, it sometimes helps me think less about tangible outputs and guaranteed benefits, and more about more intangible concepts such as creativity, innovation, or behaviour change.

At an organisational level, it's why I don't mind encouraging people and teams to try new things for the heck of it, recognising that there might be benefits we don't see until much later down the track. Strategically, it means that I remain aware that there are entire streams of benefits and impacts that might be hidden to view, that I won't see until much later down the track, but that I must remain open to.

I thought I'd also share a thought exercise I sometimes like to do, which is to reflect on my 'trophic cascade wolves'. What is a moment in my past that cascaded into a multitude of others? And then, if I 'transport' myself back to that moment, how was I feeling? What was I thinking? What do I know now, that I couldn't have seen then? And then transporting myself back into the present, what am I not seeing now, that I might see in 5 years time?

PS, if you're feeling science-y, check out this YouTube video called 'Imagining 10 Dimensions' and watch until 10:50. This is hands down my favourite quantum physics explainer video that how we can think about time, and took me multiple rewatches to fully grasp its concepts.